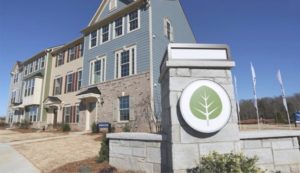 Not a bird, not a plane, it’s a crane: Rents rise amid record construction

Just west of Charlotte’s airport, the River District, as it’s known, will rise in an area that’s largely undeveloped and forested. Charlotte-based developers Lincoln Harris and Crescent Communities are partnering on the plan, which is expected to take 20 to 30 years to fully build out.

The Charlotte real estate market is still strong, according to the speakers at our 7th annual State of the Market event held recently at 525 North Tryon. But it’s facing some increasingly stubborn challenges like skittish lenders, the high cost of construction and HB2 hurting North Carolina’s reputation around the world.